Amazighs reject Constitutional Committee ahead of elections, plan own parliament. 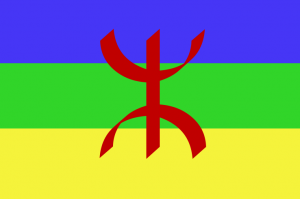 The Amazigh Supreme Council today declared in Tripoli its total rejection of the Constitutional Committee to be elected tomorrow and any constitution it devises. It announced that it plans instead to hold its own elections for a parliament for the Amazigh. No date was given.

It called the tomorrow a “Day of Mourning” in Amazigh areas, and urged the Amazigh to go out and demonstrate against what it called “these fake elections”. The Committee, it said, because it would not have the 60 members it is supposed to comprise, but 58, would have no legitimacy.

It is down to 58 because of the Amazigh boycott. It may have 56 with the Tebu now doing so as well.

“We announce that this black day is the beginning of a political and social divide that will be a turning point in Amazigh political action,” the council stated, declaring that “we will not recognise those who do not recognise us”.

Elections would be prepared for a parliament in the Amazigh areas which would take over from the council, it said.

These, it added, were just initial steps. There would be unspecified others if the Amazigh continued to be oppressed and rejected, it declared.

Calling the democratic transition a “disappointment” and predicting that the new constitution would be a failure, it said that an announcement by General National Congress yesterday that an agreement that the constitution would be based on the principle of consensus was untrue. An original document on the subject that the council had approved and presented to Congress had been amended and truncated, it insisted.

The head of Amazigh Supreme Council, Ibrahim Makhlouf told the Libya Herald that the process of electing the Amazigh parliament would be announced in the next few days, based on constituencies drawn up by the council’s legal committee.

The parliament would be comprise a member from either the local council or municipal council in the Amazigh towns plus two elected members from each of the towns that are a part of the Amazigh Supreme Council, he explained.

Amazigh towns have meanwhile announced that tomorrow, which as election day is a public holiday throughout Libya, will be a normal working day.

The deputy leader of Nalut Local Council, Abdullag Sulaiman, also told this newspaper, that it would go to the Constitutional Court over the legality of the constitution. “We are not going to recognise the constitution that comes from the 58-member committee”, he insisted.

The Amazigh decided to boycott tomorrow’s election because they felt that the two seats allocated to the community were insufficient. Another basic demand is the principle of consensus, which means that the Tamazight language should be recognised as an official language in the constitution.