Libya has a lot to offer tourists, but not quite yet, says Minister of Tourism Ikram Bash Imam 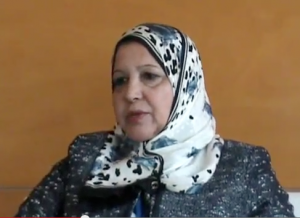 By Ahmed Elumami and Tom Westcott.

Steeped in history and boasting five UNESCO World Heritage Sites, Libya has a lot to offer potential tourists, according to Minister of Tourism Ikram Bash Imam, but only once the security situation has stabilised.

“We are very optimistic about the future of tourism in Libya but security plays a major role in the stability of the sector,” Imam said. She called upon everyone in Libya to help support the efforts of the Ministry in boosting Libya as a future tourist destination.

Speaking at today’s tourism conference, held at Tripoli’s Corinthia Hotel, Imam said that Libyans needed to be educated about how to harness the country’s tourism potential. Before the revolution the sector was neglected and underdeveloped, she said, but now the Ministry had a positive vision of how to take tourism forward.

The one-day conference brought together the country’s tourism experts and important players in the sector as a first step. “We have to listen to the experts to help us understand how to develop tourism in Libya,” Imam said, adding that the media also had an important role to play in re-educating people about the importance of heritage and tourism.

Papers were presented by experts from Libya’s tourism industry, including historian and author Mariam Salama, who has been a Tripoli tourist guide for over 20 years.

“We have the weather, the sea, the beaches, the archaeological sites, the history and the culture,” Salama told the Libya Herald. “Once we pass over the obstacles currently faced by the country, we can establish a good future for tourism.”

She said that tourism was important to the country in many ways. She added that it was one way to help secure and protect historical sites from vandalism, citing recent incidents of the destruction of parts of the ancient site of Cyrene and the defacement of the rock art at Tadrart Akakus.

“We need to change minds and attitudes and establish different ways of approaching tourism now,” Salama said. “We are not in a hurry to bring groups yet. The tourists will come and when they do, we will be ready for them.” These preparations, she said, were what the tourist sector was now working on.